Obsessive-compulsive disorder (OCD) usually begins between the ages of 15 and 25. The National Institute of Mental Health provides the statistics that rates of OCD were found to be higher in women (1.8%) than men (0.5%). According to the Singapore Mental Health study by IMH, OCD in Singapore is among the top three most common mental disorders, with about 3 percent of the population – or one in 33 people – suffering from it. This is higher than the rate in the United States (2.3%) or Europe (1.1%). OCD causes quite a lot of trouble such as affecting work, appearance, increasing conflicts in society, hurting people around by gloomy thoughts,…for the patient and those around them. This article will give effective methods to overcome OCD. 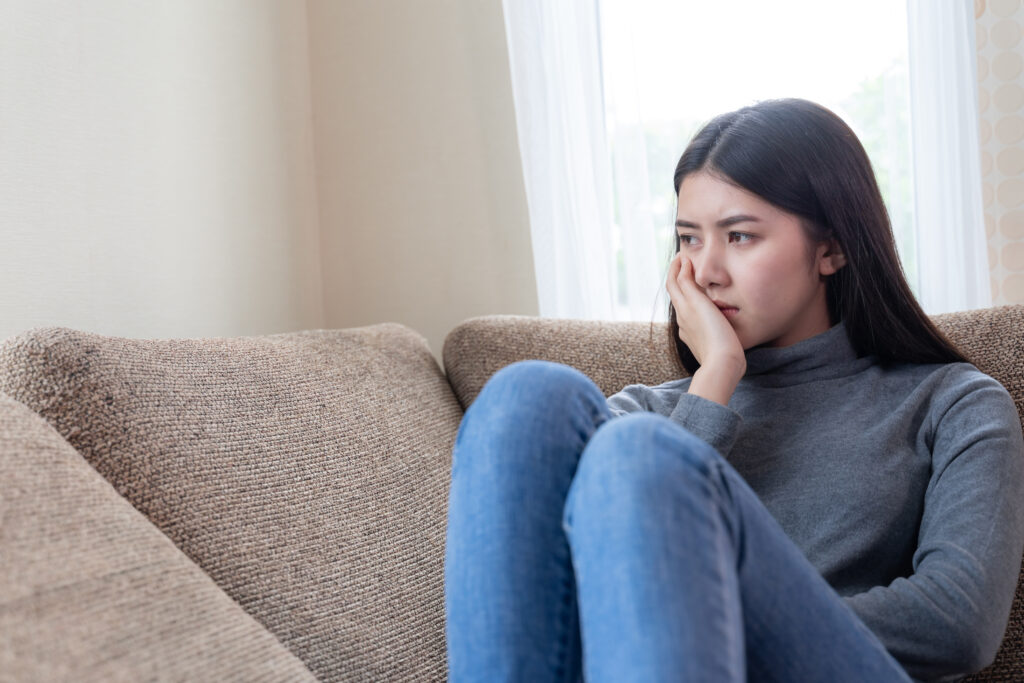 According to the American Psychiatric Association (APA), “Obsessive-compulsive disorder (OCD) is a disorder in which people have recurring, unwanted thoughts, ideas or sensations (obsessions) that make them feel driven to do something repetitively (compulsions). The repetitive behaviours, such as hand washing, checking on things or cleaning, can significantly interfere with a person’s daily activities and social interactions.”

People who have first-degree relatives with OCD are more likely to develop the disorder themselves. If a first-degree relative has OCD as a kid or a teen, the risk is greater. Ongoing studies are looking at the relationship between genetics and OCD, which might result in better OCD diagnosis and therapy.

Abnormalities in the brain

The differences in the frontal cortex and subcortical structures of the brain have been revealed in patients with OCD. There appears to be a link between OCD symptoms and abnormalities in certain brain areas, but it takes more time to get a precise conclusion about this connection.

Some recent studies have shown that people with trauma in childhood may have a higher possibility of suffering from OCD. An association between childhood trauma and obsessive-compulsive symptoms is needed to study in the future.

Obsessions with OCD are intrusive, recurring, and unwelcome thoughts, impulses, or visions that create anguish or worry. Obsessions may be on a person’s thoughts all of the time. These are common signs:

Compulsions are constant behaviours that are carried out in a certain pattern or according to a set of rules. These symptoms include:

Exposure and response prevention (ERP)  is a type of therapy that helps you to confront your concerns and accept that obsessive thoughts will arise in your mind. It is known as a first-line measure of treating OCD.

Exposure in ERP means not avoiding situations that trigger your obsessive thoughts and distress, while response prevention in ERP means not acting in your discomfort and carrying out your compulsions. ERP allows you not to give in and engage in compulsive behavior, when you decide to face your fears and obsessions, leading to a decrease in your anxiety level.

ERP requires hard work and drastic action, but as a result, you can enjoy a better quality of life as you learn to manage your obsessions and compulsions.

Serotonin reuptake inhibitors (SRIs) are considered an effective way to deal with OCD symptoms. Serotonin is a neurotransmitter that helps to regulate the body’s sleep-wake cycle and internal clock by carrying messages between brain cells and contributing to well-being, pleasant mood, and hunger. SSRIs increase serotonin levels in the brain by blocking serotonin reuptake by nerves.

However, when using this kind of medication, you should pay attention to side effects that may occur:

Deep brain stimulation (DBS) is FDA-approved for the treatment of OCD in adults 18 and older who do not respond to traditional treatments. DBS involves implanting electrodes into certain areas of your brain. These electrodes produce electrical impulses that can help regulate abnormal impulses.

In addition, the FDA has approved a specific device, BrainsWay Deep Transcranial Magnetic Stimulation, to treat OCD in adults ages 22 to 68 when traditional treatments don’t work. TMS is a noninvasive procedure that uses magnetic fields to stimulate nerve cells in the brain to improve symptoms of OCD. During a TMS session, an electromagnetic coil is placed into the scalp near your forehead. Electromagnets provide a magnetic pulse that stimulates nerve cells in your brain.

Doing some self-care activities (meditation, yoga, visualization, massage) and managing your anxiety with techniques (relaxation training, slow breathing techniques, mindfulness meditation, hyperventilation control) on a daily basis can help ease the stress and anxiety caused by OCD. Whenever you have obsessive thoughts or concerns, you had better make a list of them to figure out how consistent your obsessions are.