Human monkeypox was first discovered in a 9-month-old boy in the Democratic Republic of the Congo in 1970. Up to now, monkeypox has impacted nearly 17,000 people in 74 countries. There are two ways of monkeypox transmission: animal-to-human and human-to-human. Therefore, to protect yourself from monkeypox, you need to avoid exposure to infected environments.

Monkeypox is a rare illness caused by a monkeypox viral infection. The monkeypox virus belongs to the same viral family as the variola virus, which causes smallpox. The symptoms of monkeypox are similar to those of smallpox, although they are milder, and monkeypox seldom leads to fatalities. Many people confuse this disease with chickenpox, but chickenpox is not related to monkeypox.

How is monkeypox transmitted?

Monkeypox is caused by a virus similar to that which causes smallpox, although the sickness is typically milder. However, rodents, not monkeys, are the principal viral carriers. People who have never been immunized against smallpox may be more susceptible to the disease. Monkeypox can be transmitted in two ways.

Animal-to-human transmission, also known as zoonotic transmission, can occur by direct contact with infected animals’ blood, body fluids, or cutaneous or mucosal sores. Evidence of monkeypox virus infection has been detected in several animals in Africa, including rope squirrels, tree squirrels, Gambian pouched rats, dormice, various monkey species, and others. Monkeypox’s natural reservoir has yet to be established, however, rodents are the most plausible. Consuming undercooked meat and other animal products from infected animals may pose a danger. People who live in or near wooded regions may be exposed to infected animals in an indirect or low-level manner.

Monkeypox is transmitted to humans by contact with an affected person’s rash or body fluids, particularly breathing droplets. Close personal contact with respiratory secretions, skin sores of an infected person, or recently contaminated objects can make a person get monkeypox. Droplet respiratory particle transmission often necessitates lengthy face-to-face contact, putting health workers, household members, and other close contacts of active patients at increased risk. However, in recent years, the longest reported chain of transmission in a community has increased from 6 to 9 successive person-to-person infections. This might be attributed to a decline in immunity across all cultures as a result of the termination of smallpox immunization. Transmission can also occur through the placenta from mother to fetus, which leads to congenital monkeypox, or through intimate contact during and after delivery. Besides, the sexual pathway can be a monkeypox transmission.

Monkeypox symptoms are similar to smallpox but less severe. A rash occurs as pimples or blisters on the face, within the mouth, and on other regions of the body such as the hands, feet, chest, genitals, or anus. Other monkeypox symptoms may include fever, headache, backache, and muscle pain. 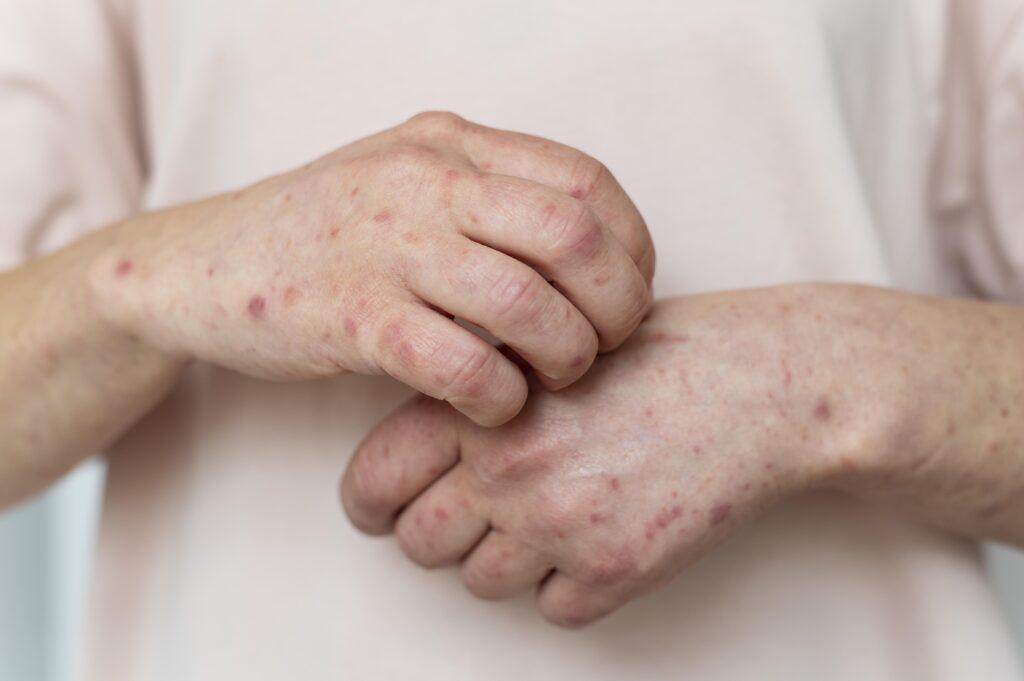 The majority of monkeypox patients are treated to alleviate their symptoms. If you have monkeypox, isolate yourself at home in a room away from family and pets until the rash and scabs recover.

There is no recognized therapy for monkeypox. Some antiviral medications used to treat smallpox, such as tecovirimat (TPOXX) or brincidofovir, may be used to cure monkeypox (Tembexa). Care providers may deliver vaccinia immune globulin, which contains antibodies from persons who have received the smallpox vaccination, to those who are unlikely to respond to the vaccine.

Take the following precautions to avoid infection with or transmission of the monkeypox virus:

Some smallpox vaccinations, such as the ACAM2000 and Jynneos, can protect against monkeypox. Because similar viruses cause smallpox and monkeypox, these vaccinations can be used to prevent monkeypox.

People who have been exposed to monkeypox such as lab employees may be advised by their doctors to get vaccinated. However, mass vaccination of the whole community against monkeypox is not recommended by The Singapore Ministry of Health (MOH) because of the disease’s self-limiting nature.

It is possible. According to statistics from cases in several African nations, the fatality rate for monkeypox historically ranged from 0% to 11%, however, the case fatality ratio has been recently around 3–6%. The death rate from monkeypox in the latest epidemic has been substantially lower.

Who should get a vaccination to prevent monkeypox transmission?

According to CDC, those who have had intimate contact with monkeypox carriers should have a vaccination. Among those who may be eligible for immunization are:

If you believe you have been exposed to monkeypox or are at high risk of exposure, see your doctor.

Should you put on masks?

Wear a surgical mask if you have monkeypox, especially if you have respiratory symptoms such as coughing, shortness of breath, or a sore throat. This can lower the possibility of infection. Moreover, people around you should do so to protect themselves. 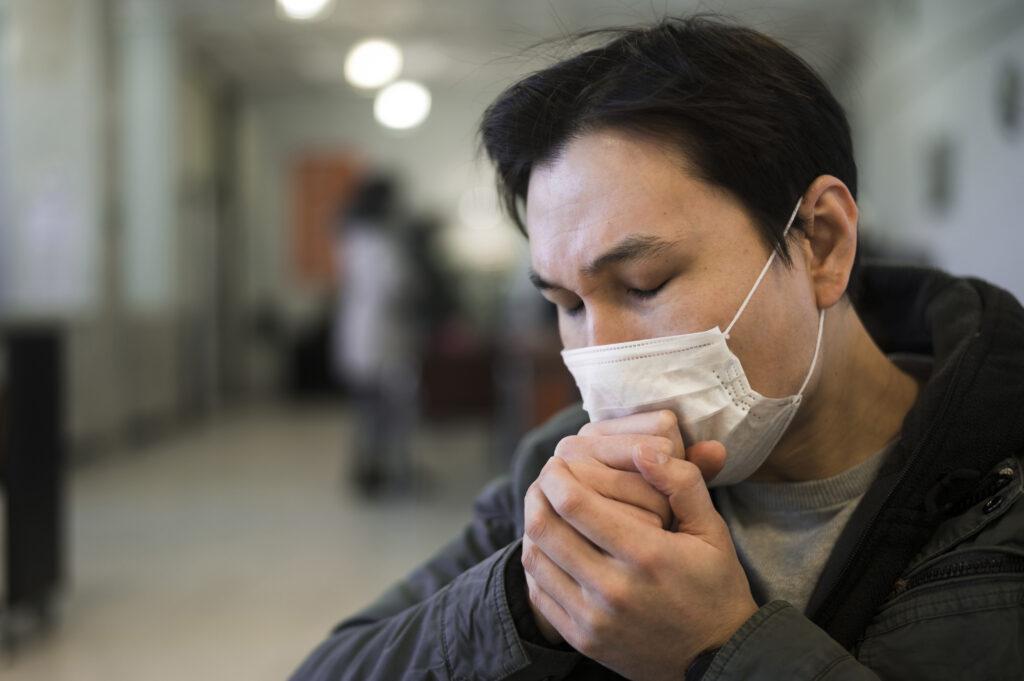 Yes, even using a condom can also cause monkeypox transmission through prolonged intimate touch or direct skin contact. When you have physical contact with your partner, do not forget to take a notice of monkeypox symptoms.

When and for how long am I contagious?

Infected people might be contagious as early as two days before they develop a skin rash or proctitis. The virus may be present in sperm even before symptoms begin to appear. You will be infectious until all of the scabs from the blisters have gone off and any proctitis symptoms have completely disappeared. As a precaution, it is advised to continue wearing condoms for another 12 weeks.

What Health Screenings Should You Get?

How To Deal With COVID-Related Hair Loss?