According to World Health Organisation (WHO), World Malaria Day 2022, which is observed  on April 25th, will be marked under the theme “Harness innovation to reduce the malaria disease burden and save lives.” No single tool that is available today will solve the problem of malaria. Each people should get a deep understanding of malaria symptoms to protect themselves from this life-threatening disease and lower the global burden of malaria. 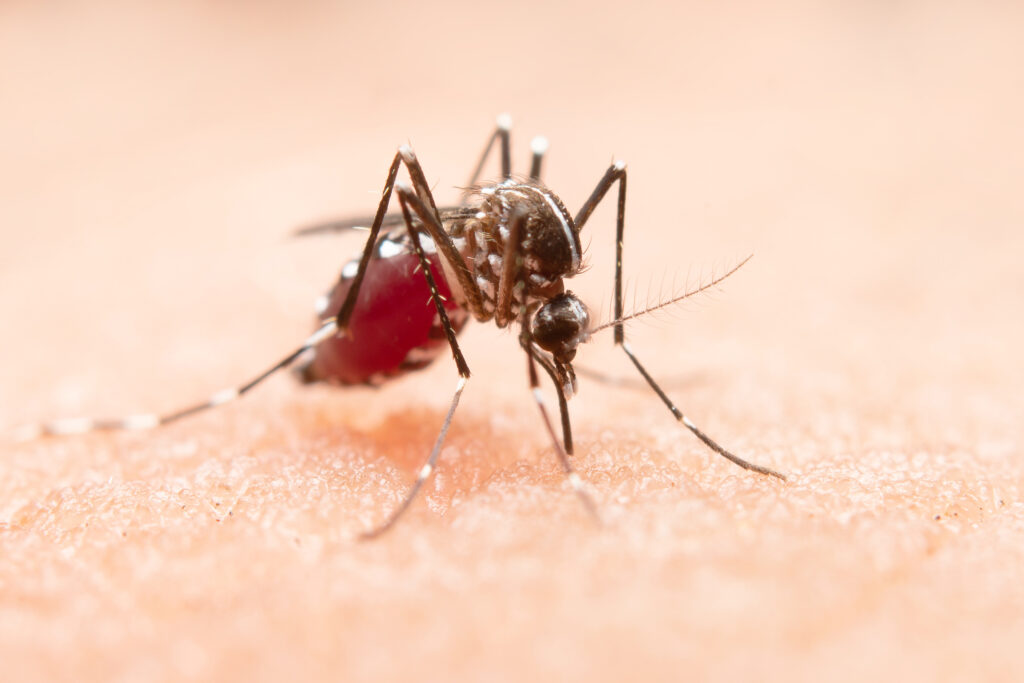 Malaria is a parasitic illness spread by mosquitoes that are transmitted to humans by bites from infected female Anopheles mosquitoes. Fever, chills, and a flu-like sickness are common symptoms of malaria. They may develop serious problems and die if not addressed. Based on WHO statistics, in 2020, there were an estimated 241 million cases of malaria worldwide.

Malaria is a fever sickness caused by Plasmodium parasites that are transmitted to humans by mosquito bites from infected female Anopheles mosquitos. Human malaria is caused by five parasitic species, two of which – P. falciparum and P. vivax – are the most dangerous. The malaria parasite Plasmodium falciparum is the deadliest and most common on the African continent. In most places outside of Sub-Saharan Africa, P. vivax is the most common malaria parasite.

Malaria symptoms normally occur 10 to 30 days after a person has been infected. Mild symptoms are possible. Some people do not become ill for up to a year after being bitten by a mosquito. Parasites can survive for years in the body without creating symptoms.

Malaria symptoms are similar to flu symptoms. They are as follows:

Malaria can cause the following complications: 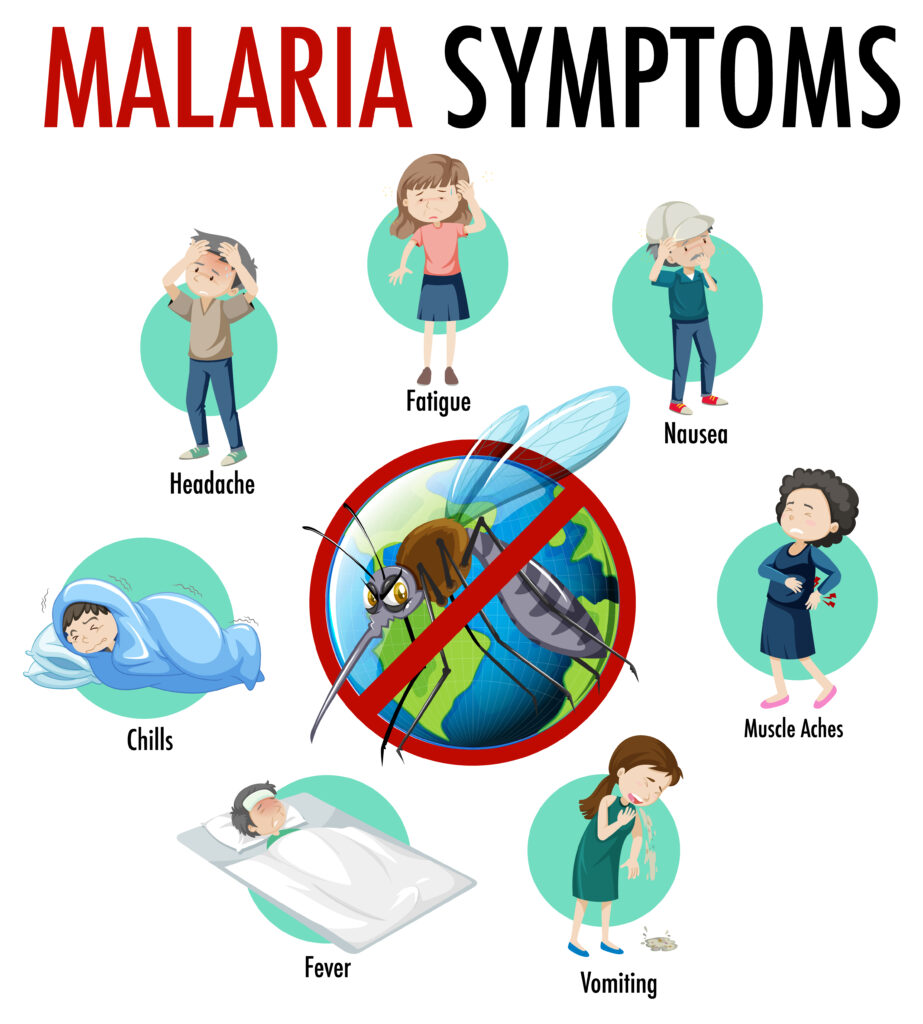 Your healthcare professional will check you and inquire about your symptoms as well as your travel history. It’s critical to tell your provider about the nations you’ve recently been to so that they can accurately assess your risk.

Your provider will take a sample of your blood and send it to a lab to check for malaria parasites in order to confirm a malaria diagnosis. The blood test will determine whether or not you have malaria, as well as the parasite that is causing your symptoms. This information aids your doctor in determining the best course of action.

The major goal of therapy is to ensure that the parasites that cause the disease are removed from a patient’s circulation as quickly as possible, in order to avoid an uncomplicated case of malaria from developing into severe sickness or death. Effective treatment lowers the risk of infection spreading to others and avoids the establishment and spread of antimalarial drug resistance.

The following are some of the most commonly prescribed antimalarial medications:

Phosphate of chloroquine: For every parasite that is susceptible to the medicine, chloroquine is the favored therapy. However, parasites have developed resistance to chloroquine in many regions of the globe, and the medicine is no longer an effective therapy.

Artemisinin-based combination therapies (ACTs): ACT is a combination of two or more medications that function in distinct ways to combat the malaria parasite. Chloroquine-resistant malaria is frequently treated with this drug. Artemether-lumefantrine (Coartem) and artesunate-mefloquine are two examples.

Because vector management is so effective at avoiding infection and limiting disease transmission, it is an important part of malaria control and elimination methods. Insecticide-treated nets (ITNs) and indoor residual spraying are the two main therapies (IRS).

The use of drugs, either alone or in combination, to prevent malaria infections and their effects is known as preventive chemotherapy. Chemoprophylaxis, intermittent preventive treatment for infants and pregnant women (IPTi and IPTp), seasonal malaria chemoprevention (SMC), and mass medication administration are all part of it (MDA). These safe and cost-effective strategies are meant to supplement existing malaria control efforts, such as vector control, rapid diagnosis of suspected malaria, and antimalarial treatment of confirmed cases.

Since October 2021, WHO has additionally recommended that children living in areas with moderate to high P. falciparum malaria transmission receive the RTS,S/AS01 malaria vaccine. Malaria, particularly lethal acute malaria, has been demonstrated to be considerably reduced by the vaccine in young infants.

Malaria vaccine is now available, however, it is not intended for use by visitors. It has been approved for use in children living in moderate-to-high-risk areas of Sub-Saharan Africa, where Plasmodium falconium infection is widespread. Health professionals have given over 2.3 million doses so far, and it has a favorable safety profile. 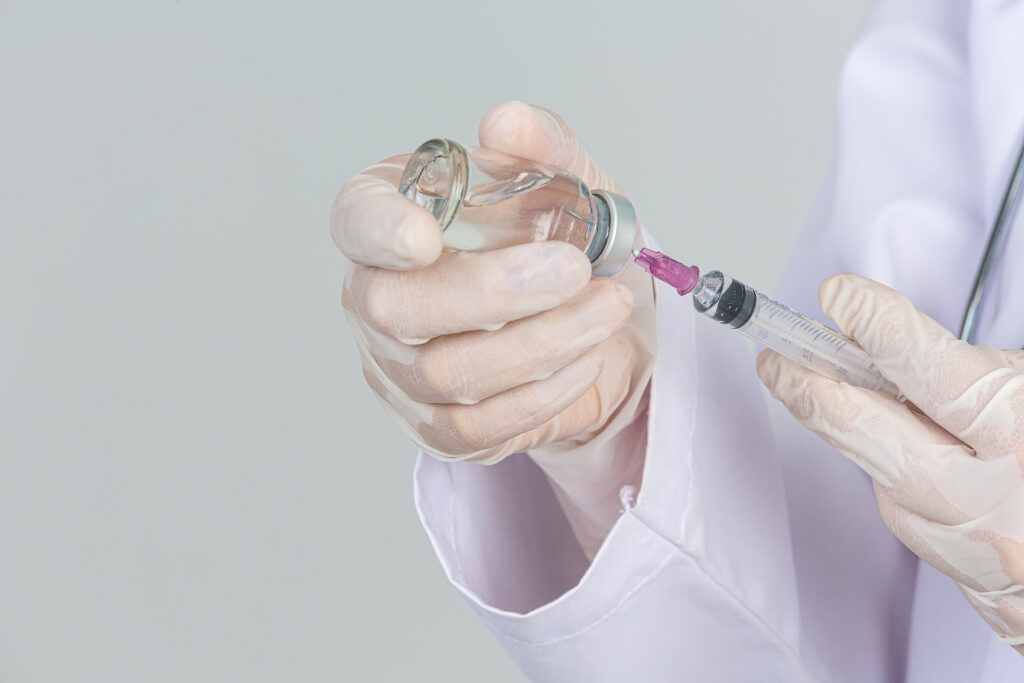