According to a study by PubMed Central, up to 15% of mothers suffer from postpartum depression (PPD). This condition negatively affects mothers’ health but also poses a threat to infants if the illness becomes more severe. Therefore, supportive methods need to be taken at the right time to help them overcome postpartum depression. 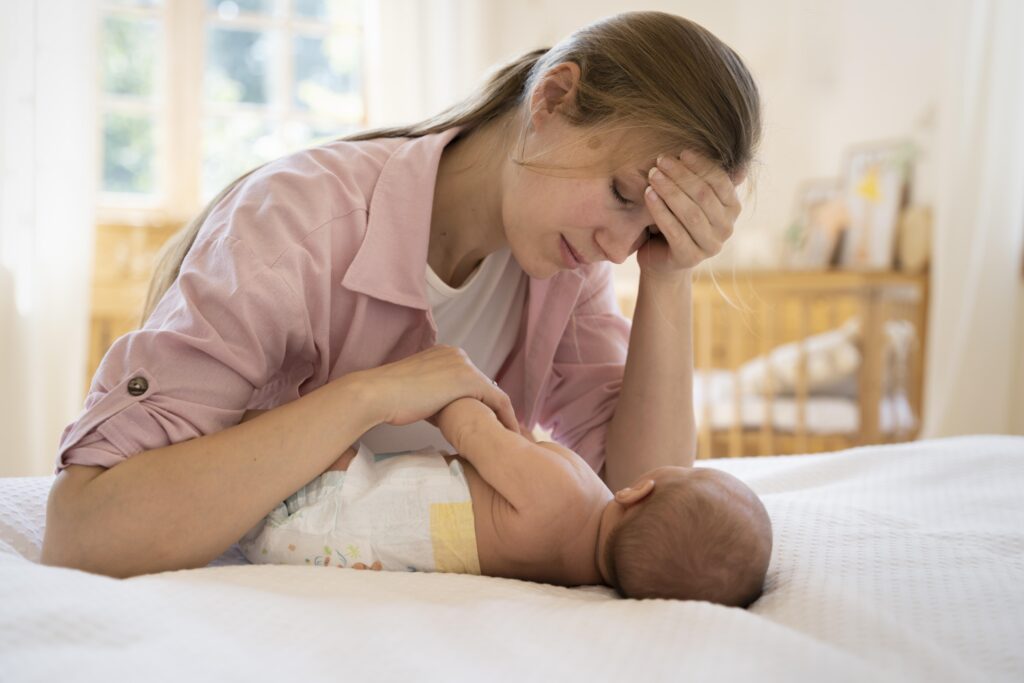 What is postpartum depression?

Postpartum depression (PPD) is a mood disorder that mothers may experience after they have given birth. It is a complex combination of physical, emotional, behavioral, biological, social, and psychological changes that occur after childbirth. Sadness, worry, despair, and weariness are examples of postpartum depression symptoms, resulting in difficulty caring for their newborn kid.

Within the first 10 days after giving birth, 15–85 percent of women experience postpartum blues, with a peak incidence on the fifth day. Common symptoms include mood swings, mild elation, irritability, tearfulness, fatigue, and confusion. You will experience frequent, extended bouts of sobbing for no apparent reason, unhappiness and worry if you are suffering from the baby blues. There is no unambiguous biological method that is either causal or predictive of postpartum blues. Although postpartum blues is a frequent and temporary postpartum phenomenon that does not require treatment, it is crucial to recognize because it is a risk factor for recurrent PPD.

This is a significantly more dangerous disorder than postpartum blues, and around one out of every ten new moms suffer from this condition. You may experience alternating highs and lows, as well as feelings of guilt, worry, and incapacity to care for your infant or yourself, as well as frequent sobbing, irritability, and weariness. Symptoms can range from moderate to severe, and they might emerge immediately after birth or over time.

In one out of every 500 moms, postpartum psychosis develops quickly in the first 2–4 weeks following birth. Confusion, mood swings, delusions, paranoia, disorganized conduct, poor judgment, and reduced functioning are all symptoms of postpartum psychosis. Because there is a greater risk of suicide and injury to the infant, postpartum psychosis requires rapid medical intervention. It is a mental emergency that typically requires inpatient psychiatric treatment. Previous postpartum psychosis, hospitalization for a manic or psychotic episode, the recent withdrawal of mood stabilizers, primiparity, obstetric difficulties, sleep deprivation, and a family history of bipolar illness are all risk factors.

The significant hormonal change that occurs during and after delivery is one of the factors contributing to postpartum depression. Reduced estrogen and progesterone levels cause a hormonal change in the body. This is considered to have emotional consequences.

Sleep deprivation may also contribute to the development of postpartum depression. Due to their increased obligations of caring for their kid, mothers frequently do not get enough sleep after delivering. It has a significant influence on how a woman operates, feels, and responds to events. Mothers may begin to show indications of postpartum depression if they do not get enough sleep on a regular basis.

Other emotional causes might also lead to postpartum depression. Complications encountered after childbirth, as well as general sentiments of being overwhelmed by new parenthood, are examples of these sorts of emotional events.

Additionally, you could have identity issues and changes in your self-image, or feel like you’ve lost control over your life after being pregnant for over 9 months. Postpartum depression can be caused by any of these factors.

Symptoms of PPD can vary from mild to severe. When people are under postpartum blue, they may have:

Symptoms of postpartum depression may include:

Symptoms of postpartum psychosis include: 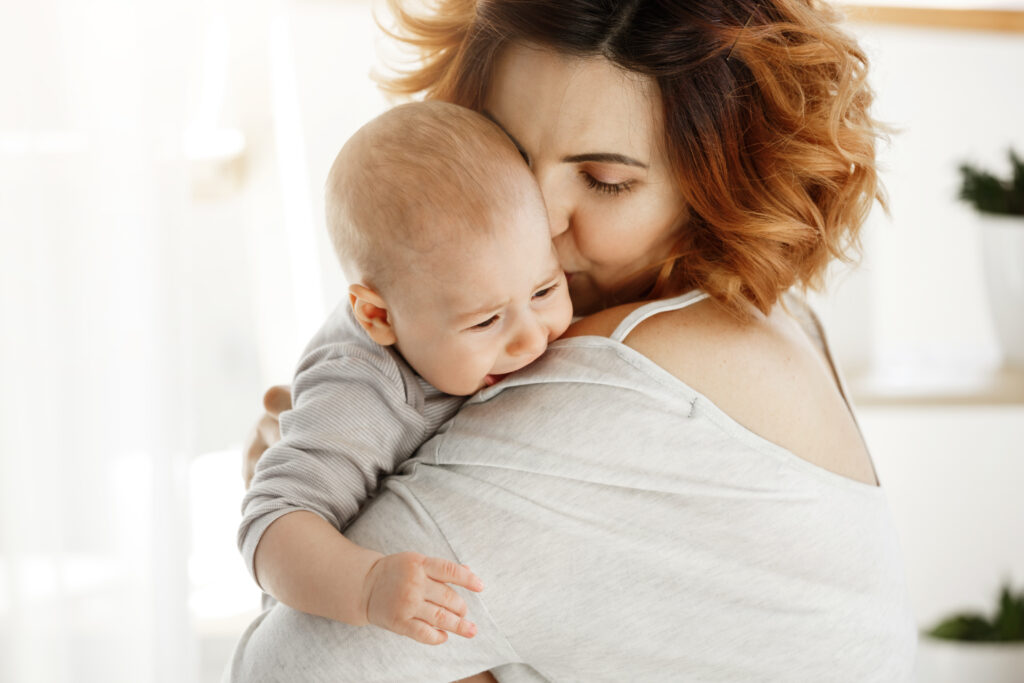 A few therapeutic techniques have been demonstrated to be particularly effective in the treatment of postpartum depression, including interpersonal therapy which investigates the link between your mood and your interpersonal difficulties and experiences; CBT (cognitive behavioral therapy) which employs mindfulness techniques to help you become more conscious of your negative thought patterns and develop stress-management strategies; non-directive counseling which is founded on the idea that you are the greatest judge of yourself and that you may choose your own route to healing and your therapist will take a more passive role, focusing on listening and self-affirmation.

SSRIs, such as fluoxetine, sertraline, fluvoxamine, and venlafaxine, are specific serotonin reuptake inhibitors.

Bupropion (Wellbutrin) is an alternative to SSRIs. If you’re considering taking Wellbutrin while nursing, talk to your doctor first. It is commonly used without incident, although a case report of infantile seizures has been reported when a lactating mother begins using Wellbutrin.

Antidepressants and anti-anxiety medications like clonazepam or lorazepam may be necessary for certain moms.

Zulresso (brexanolone) is a medication that has been licensed to treat postpartum depression. It’s for women who’ve had postpartum depression from the third trimester or within four weeks after giving birth. It is provided as a one-time, continuous intravenous infusion over a period of 60 hours.

However, you should consult doctors who will decide which options could be best for you to manage your postpartum depression.

Fear Of Cats: How To Overcome Ailurophobia Symptoms?